In this episode, we’re joined by chef John Gorham, co-owner of Toro Bravo, Tasty n Sons, and Tasty n Alder, who recently released the cookbook Toro Bravo: Stories. Recipes. No Bull. that he wrote with Liz Crain, a previous guest on the podcast. He talks about his rise from dishwasher to restaurant owner and tells a story about how a meal in Spain reinvigorated the chef within him.

This episode was recorded in Portland, OR.

What do you think? Cancel reply

Made possible in part by 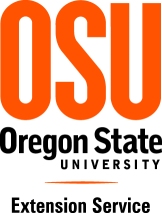